So I finished the fan controller mod on my R710. Now all you see is a nob sticking out where a tape drive might be installed. :)

The controller is based on an Arduino Nano with a 10k Potentiometer for control. Positive and Negative from the power supply for the Arduino and outside posts of the Potentiometer. Center post goes to A0. D3 of the Arduino goes directly to the PWN pins of the fans. There is a 1uF capacitor on the reset and ground pins to force the Arduino to reset upon power up so the program doesn’t freeze and let the fans go full throttle. 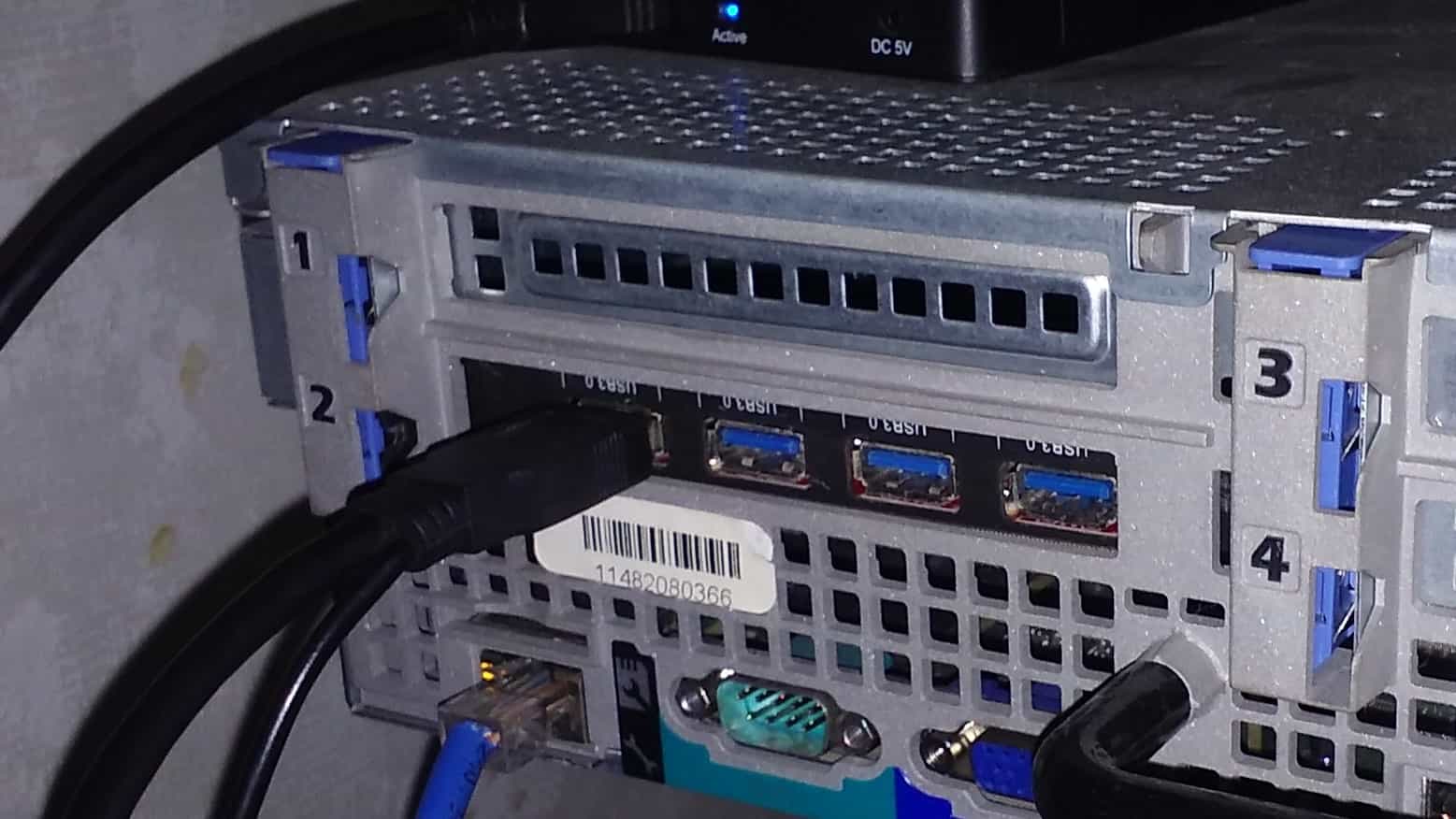